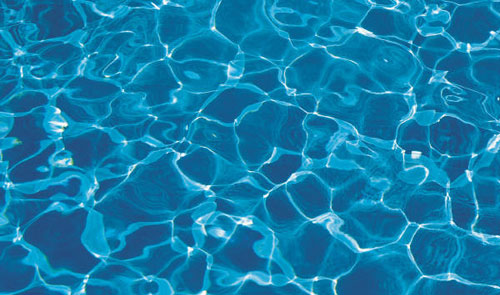 It is said by a new study published in Environmental Health Perspectives (EHP) journal, coordinated by researchers from CREAL (Centre for Research in Environmental Epidemiology) and the IMIM (Research Institute Hospital del Mar). The project also involved researchers from the Higher Council for Scientific Research (CSIC), Hospital Clínic de Barcelona and Universidad Autonoma de Barcelona (UAB), together with scientists from USA, Germany and Holland. This new study details an exhaustive investigation of disinfection byproducts (DBP, disinfection by-products) and mutagenicity (ability to cause permanent DNA mutations) of water samples collected in two indoor pools, a disinfected with chlorine and the other bromine. In addition, there were studied the short-term changes in biomarkers of genotoxicity and respiratory effects in participants who swam in chlorinated pool. Despite these results, the co-director of CREAL, Manolis Kogevinas, states that “the positive health impacts of swimming can be increased by reducing the levels of these chemicals.” He adds that “in no case we want to stop swimming but to encourage the reduction of chemicals in swimming pools to ensure disinfection of the same.” In fact, reducing the levels of DBPs can be achieved rigorously applying measures such as showering before swimming, bathing cap, avoid urinating in the pool and perform proper maintenance thereof. The DBPs formed in the pools are the result of the reactions appeared between the water disinfectants such as chlorine pools and organic matter, which occurs naturally or is introduced by swimmers through sweat, skin cells and urine. Previous epidemiological studies found an association between exposure to disinfection byproducts of drinking water and bladder cancer risk. Specifically, one such report, coordinated by the CREAL concluded that this association was given by dermal and inhalation exposure as occurs during showering, bathing or swimming. The evidence of genotoxic effects were observed in 49 healthy adults after swimming for 40 minutes in a chlorinated indoor pool. Specifically, researchers found increased levels of two biomarkers of genotoxicity in relation to the concentration of the most common types of DBPs in exhaled breath after swimming. The biomarkers that were increased micronuclei (biomarker that indicates the type of DNA damage) levels, a biomarker of cancer risk predictor in healthy subjects, with urinary mutagenicity, which is a biomarker of exposure to genotoxic agents. We also detailed measurements of exhaled disinfection byproducts most common (trihalomethanes) in the air around the pool and in exhaled air of subjects before and after swimming. The researchers measured biomarkers of respiratory effects after swimming and changes were found only in one, a slight increase in serum CC16 protein, suggesting an increased permeability of lung epithelium. According to CREAL researcher, Cristina Villanueva, “this increase in protein CC16 has been detected previously in a study in Belgium and it can be explained by the effects of exercise itself, as well as exposure to DBPs. Further research is needed to clarify the clinical relevance of this acute change and especially its importance in asthma. ” In addition, the authors identified more than 100 DBPs in swimming pool water, some never before described in pool water and/or chlorinated drinking water. In vitro tests showed that the pool water was mutagenic at levels similar to that of drinking water, although it was more cytotoxic (may kill cells at a concentration lower) than drinking water. Human exposures studied in this work were of short duration (40 min.) Therefore, the co-director of CREAL states that “more research is needed now on the genotoxic and respiratory effects of long-term exposure.” He also noted the need for further research on a number of pools under different conditions of maintenance and use, as well as the possible effects of the wide range of compounds in pool water. These results should be confirmed in studies with larger numbers of participants. This study was supported by Spanish organizations Plan Nacional and Fondeo de Investigación Sanitaria (Instituto de Salud Carlos III) and the U.S. Environmental Protection Agency. He has also received support from CIBERESP. Monday, September 13th, 2010