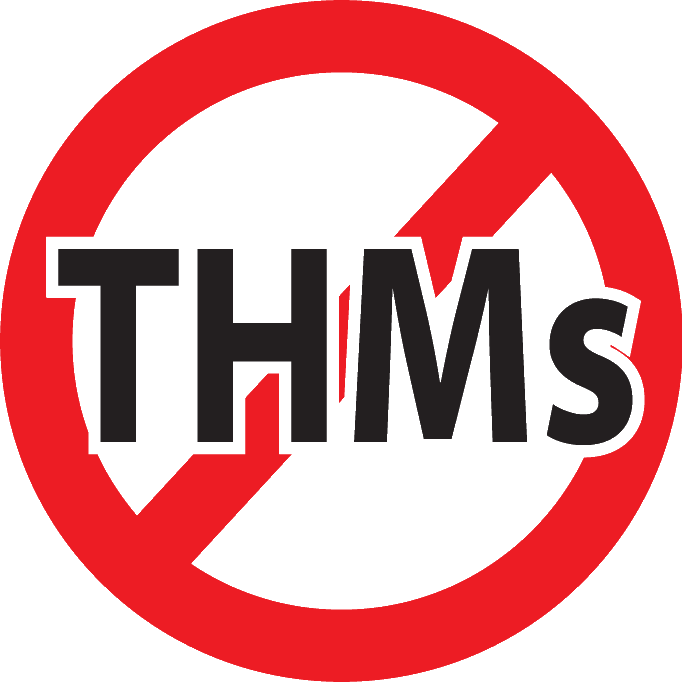 Trihalomethanes (THMs) are a family of very dangerous and hazardous chemicals found in Chlorine, which are collectively suspected to cause cancer.  THMs are absorbed through your skin and are known to cause asthma.  THMs are also linked to bladder and colon cancer as well as being linked to reproductive issues and birth defects.

Trihalomethanes are formed as a by-product predominantly when chlorine is used to disinfect water for drinking. They represent one group of chemicals generally referred to as disinfection by-products. They result from the reaction of chlorine and/or bromine with organic matter present in the water being treated. The THMs produced have been associated through epidemiological studies with some adverse health effects. Many governments set limits on the amount permissible in drinking water. However, trihalomethanes are only one group of many hundreds of possible disinfection by-products—the vast majority of which are not monitored—and it has not yet been clearly demonstrated which of these are the most plausible candidate for causation of these health effects. In the United States, the EPA limits the total concentration of the four chief constituents (chloroform, bromoform, bromodichloromethane, and dibromochloromethane), referred to as total trihalomethanes (TTHM), to 80 parts per billion in treated water.

Chloroform is also formed in swimming pools which are disinfected with chlorine or hypochlorite in the haloform reaction with organic substances (e.g. urine, sweat, hair and skin particles). Some of the THMs are quite volatile and may easily vaporize into the air. This makes it possible to inhale THMs while showering, for example. The EPA, however, has determined that this exposure is minimal compared to that from consumption. In swimmers, uptake of THMs is greatest via the skin with dermal absorption accounting for 80% of THM uptake. Exercising in a chlorinated pool increases the toxicity of a “safe” chlorinated pool atmosphere with toxic effects of chlorine byproducts greater in young swimmers than older swimmers. Studies in adolescents have shown an inverse relationship between serum testosterone levels and the amount of time spent in a public pools. Chlorination by-products have been linked as a probable cause.