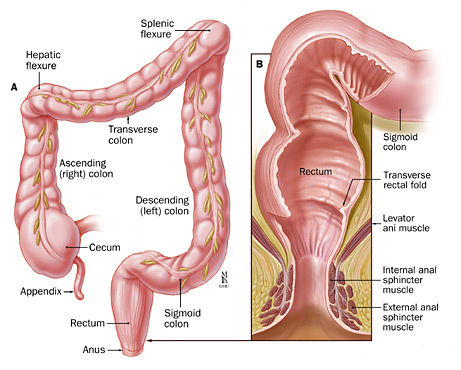 Rectal Cancer Linked To Swimming Pool Chlorine – Chlorine has been used as a powerful disinfectant for a century. Its ability to kill a wide range of pathogens has made it popular across the world. Difficult microorganisms such as fungi, hepatitis B and C, tuberculosis as well as different kinds of parasitic organisms can be readily killed by chlorination. Compounds such as Sodium hypochlorite and Calcium hypochlorite are used to sanitize drinking water as well as bathing water in swimming pools and ponds.

It was not until 1970 that the potential hazards of chlorine began to become evident as injuries and illnesses were associated with the use of chlorine in water. A research conducted at the University of California, Berkley in the same year presented a groundbreaking theory: Chlorine reacts with organic materials to produce trihalomethanes which are toxic for humans in excessive quantities1. What followed was rigorous and continuous research on the hazards of chlorine usage and discouragement from government and health organizations on its use for sanitization purposes.

One potential risk of using chlorine in swimming pools is developing rectal cancer. The rectum denotes the terminal portion of the large intestine. Rectal cancer is manifested in the form of rectal bleeding and anemia. As a result, patients experience continuous weight loss and changes in eating habits. Increased exposure with concentrated chlorine (or other byproducts of chlorine reactions) cause uncontrolled cell growth in the rectum or colon, giving birth to rectal cancer.

Thorough research was conducted by the Center for Disease Control and Prevention (CDC) to observe the extent of illness and injuries caused in people from using chlorinated water. Six states of the US participated in the research, namely California, Iowa, Louisiana, Michigan, North Carolina, and Texas and data was collected for the years spanning from 2002 to 2008. While respiratory organs were found to be most susceptible to chlorine hazards, about 16% of the total cases were associated to gastrointestinal issues2.

Most people are unable to find alternatives to chlorine for disinfecting their swimming pools. With time, more acute illnesses are showing up due to the prolonged usage of chlorine in water. This affects the work performance of adults while children lose their school time. Pets are equally affected from the excessive exposure to water that contains Sodium hypochlorite or similar compounds. Chlorine sanitization in swimming pool of private homes, offices and public water parks are posing huge threats to human health, which is why the matter is constantly under criticism by health regulating authorities and health research centers.

The effects of using chlorine in water are far-reaching. The reaction of the element with organic substances causes a number of diseases in humans, rectal cancer being one of the most common. Studies, as early as the 1990s, hinted towards the contribution of excessive chlorine to rectal and bladder cancers. Researchers at Harvard University School of Public Health observed that these disinfection byproducts cause at least 10,700 cases of rectal cancer every year1. It is very important that people and organizations refer to alternatives to chlorine sanitization to reduce the number of illnesses.