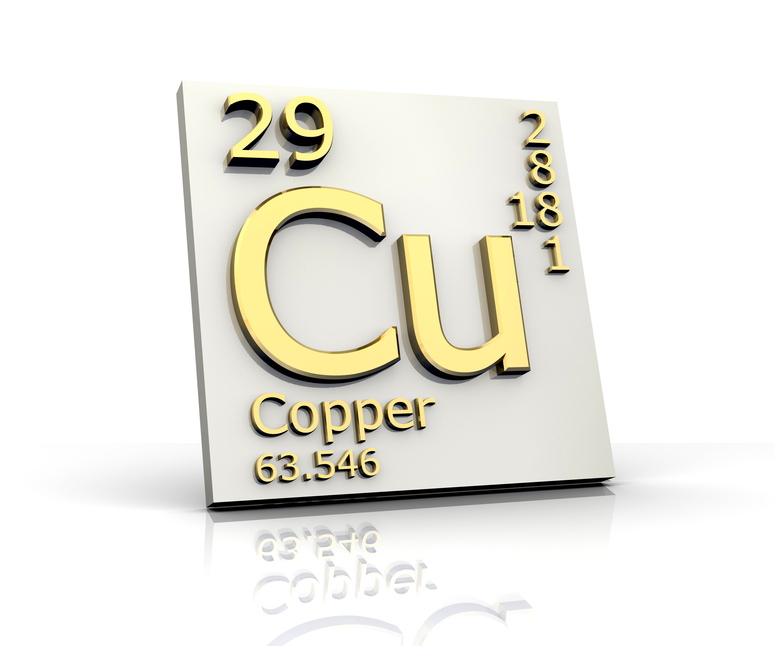 Copper is an essential micro-nutrient, needed at 1.3 milligrams per day, according to the International Copper Association. It is needed for red blood cell formation, protein metabolism, the production of RNA, enzyme activity, hair and skin color, and the health of the nerves. Colloidal Copper has been used as a remedy for gray hair, burns, arthritis, parasites and viral and bacterial infections.  Colloidal Copper has been found helpful against multi-cellular parasites such as malaria, Ring-worm, Cryptosporidium,  Toxoplasma,chronic bladder infections where bacteria have formed a multi-cellular biofilm.

Copper (Cu) is a heavy metal whose unbound ions are toxic. Colloidal Copper is not ionic but consists of  clusters of atoms called nanoparticles and thus does not have the toxicity of ionic copper.  Almost all of the copper in the body is present as a component of copper proteins, thereby reducing the in vivo concentration of unbound copper ions almost to zero. Genetic mechanisms control the processes by which copper is incorporated into apoproteins and those by which toxic accumulations of copper are avoided.

Almost every daily diet contains 2 to 3 mg of copper, only about half of which is absorbed. Any copper absorbed in excess of metabolic requirements is excreted through the bile, probably via hepatic lysosomes. On average, an adult has about 150 mg of copper in the body, of which about 10 to 20 mg is in the liver. The remainder is distributed ubiquitously.

In genetically normal people, acquired, environmental, or dietary abnormalities rarely cause clinically significant copper deficiency. The only reported causes of such deficiency are kwashiorkor; persistent infantile diarrhea, usually associated with a diet limited to milk; severe malabsorption, as in sprue; total parenteral nutrition that is copper-free; and excess intake of a zinc salt as a dietary supplement. Treatment must be directed at the cause of the deficiency, usually with the addition of 2 to 5 mg of cupric ion daily.

This is a fact sheet about a chemical that may be found in some public or private drinking water supplies. It may cause health problems if found in amounts greater than the health standard set by the United States Environmental Protection Agency (EPA).

What are the health effects?

Short- and long-term effects: Copper is an essential nutrient, required by the body in very small amounts. However, EPA has found copper to potentially cause the following health effects when people are continually exposed to it at levels above the Action Level. Short periods of exposure can cause gastrointestinal disturbance, including nausea and vomiting. Use of water that exceeds the Action Level over many years could cause liver or kidney damage. People with Wilsons disease may be more sensitive than others to the effect of copper contamination and should consult their health care provide

How much Copper is produced and released to the environment?

Copper may occur in drinking water either by contamination of the source water used by the water system, or by corrosion of copper plumbing. Corrosion of plumbing is by far the greatest cause for concern. Copper is rarely found in source water, but copper mining and smelting operations and municipal incineration may be sources of contamination. From 1987 to 1993, according to the Toxics Release Inventory copper compound releases to land and water totaled nearly 450 million lbs., of which nearly all was to land. These releases were primarily from copper smelting industries. The largest releases occurred in Utah. The largest direct releases to water occurred in Tennessee.

What happens to Copper when it is released to the environment?

All water is corrosive toward copper to some degree, even water termed noncorrosive or water treated to make it less corrosive. Corrosivity toward copper is greatest in very acidic water. Many of the other factors that affect the corrosivity of water toward lead can also be expected to affect the corrosion of copper.
Drinking Water Standards:
MCLG: 1.3 ppm
Action level: 1.3 ppm
References and links: