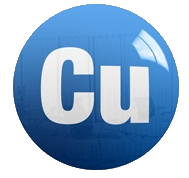 If you struggle with anger problems, mood swings, or ADHD, you may be surprised to learn that an imbalance of minerals such as copper could play a role.

You might be familiar with a large collection of daily ‘essential nutrients’ that are listed on your everyday food labels. Among the common nutrients are elements like calcium, magnesium, potassium, sodium, zinc and iron. What you may not know, however, is that there is another essential mineral your body needs, and you almost never see it listed along with those other nutrients.

That mineral is copper.

Copper plays an integral role in ensuring the mental, physical and chemical wellbeing of your body and, along with all the other essential minerals and nutrients, is vital for survival. In addition to helping you live a healthy life, new studies have found it also plays an integral role in balancing your mood levels, in addition to being a huge factor in affecting learning disorders (specifically ADHD) and more.

To truly understand the essential role of this metal and its effects on your body, it is important to delve into its biological roles.

What Exactly Does Copper Do for Your Body?

As is the case with most minerals, a certain balance of each compound is absolutely necessary to ensure a healthy lifestyle. Some minerals are not as integral to your internal balance as others, while several others are classified as essential mineral nutrients – meaning that you MUST have them in your diet in order to live.

As mentioned before, some of the more popular essential minerals that you may be familiar with are calcium, magnesium, potassium, sodium, zinc, and iron. Unfortunately, the essentiality of copper in our diets is not discussed as often even though it is also an essential mineral.

In fact, copper is so important to your body’s daily functions that in a research paper titled ‘Copper in Drinking-water; Background document for development of WHO Guidelines for Drinking-water Quality,’ the World Health Organization states:

The article goes on to confirm:

In simpler terms, copper is described by doctors such as Dr. Lawrence Wilson – nutritional consultant and former medical writer and researcher for the U.S. Public Health Service, Centers for Disease Control and Prevention and National Institute of Occupational Safety and Health – as having:

“… a number of important functions in the human body…

2. Energy production in the cells. Copper is needed in the final steps of the Krebs energy cycle called the electron transport system. This is where most of our cellular energy is produced…

3. Immune Response. Copper must remain in balance with zinc. When imbalances occur, one is more prone to all infections, in particular fungal and yeast infections that are so common today.”

But that’s not all; Wilson also adds that copper is important for:

“4. The glandular system, particularly the thyroid and adrenal glands…In part this is due to its nature and how easily it is influenced by the sympathetic nervous system…

5. Reproductive system. Copper is closely related to estrogen metabolism, and is required for women’s fertility and to maintain pregnancy…

6. Nervous system. Copper stimulates production of the neurotransmitters epinephrine, norepinephrine and dopamine. It is also required for monoamine oxidase, an enzyme related to serotonin production. As a result, copper is involved deeply with all aspects of the central nervous system.”

Even though copper is so essential to many of your bodily functions, many doctors, medical practices and medical companies don’t appear to sufficiently acknowledge the importance of monitoring intake levels – a problem which can have major consequences if long-term imbalances remain.

Of the problems associated with too much or too little copper in your system (otherwise known as copper toxicity and deficiency) are:

“…most psychological, emotional and often neurological conditions. These include memory loss, especially in young people, depression, anxiety, bipolar disorder, schizophrenia and others…”

Much more complicated than simply adding a multivitamin to your diet, achieving the perfect copper balance becomes even more complex when you consider that each individual metabolizes, excretes and uses copper differently. Depending on your body type, oxygen metabolic rate among many other internal and external factors, your daily dosage may require you to intake a lot or very little of the mineral.

Dr. Wilson describes in detail that some people:

How do You Know if You Are Getting the Right Amount of Copper, Or if You Have a Copper Imbalance?

As with any deficiency, illness, ailment or disorder, an accurate diagnosis requires the assistance of a trained medical professional. In addition, careful observation of your habits, moods, foods, physical wellbeing and activities is also essential.

For most people a significant copper deficiency can cause symptoms such as:

And in more serious cases:

In regard to attention deficit disorders, especially in the case of fast oxidizers:

“This body type must have extra copper or they will exhibit violence, sleep problems or anti-social behavior such as ADD or ADHD.”

With so many wide-ranging effects to having too much or too little of this essential element in your system, you would think that it would be important for doctors to monitor and regulate your copper levels more than ever.

Unfortunately, because our public health system is so overloaded with prescription drugs that claim to cure each and every symptom for these emotional, mental and behavioral problems, you’ll be hard-pressed to find many professionals who advocate the importance of assessing your copper levels – leaving you with the same old prescription routine where you should: ‘take two of these, and call me in the morning.

The IMS Health Report notes that U.S. sales of antidepressants totaled $11.9 billion in 2007, and there is no doubt that this number is increasing with the large variety of ever available drugs these days.

That number is expected to rise steadily in the coming future, and shows no signs of slowing down either.

A report by the Harvard Health Letter confirmed these reports when it warned:

“The federal government’s health statisticians figure that about one in every 10 Americans takes an antidepressant. And by their reckoning, antidepressants were the third most common prescription medication taken by Americans in 2005–2008, the latest period during which the National Health and Nutrition Examination Survey (NHANES) collected data on prescription drug use.”

Those are some large numbers for medical treatments that have questionable effectiveness and safety for helping individuals afflicted with mood disorders and other similar problems. In fact, a groundbreaking study by Professor Irving Kirch and colleagues caused uproar in the pharmaceutical community when it exposed how:

“…compared with placebo, the new-generation antidepressants do not produce clinically significant improvements in depression in patients who initially have moderate or even very severe depression, but show significant effects only in the most severely depressed patients. The findings also show that the effect for these patients seems to be due to decreased responsiveness to placebo, rather than increased responsiveness to medication.”

A scary thought when you consider the millions of people downing these drugs on a daily basis.

Similarly, when it comes to ADHD and common treatments, the story is the same, with millions of pharmaceutical drugs being prescribed every year, even though there is very little evidence to support these medications actual benefits.

“…more research is needed on the influences on eventual outcome, and should include enquiry about the possible benefits (and risks) of early diagnosis and treatments [for ADHD].”

Of this new research that is essential to finding the key to better solutions and cures for America’s disorders (like depression and ADHD) are revolutionary findings about zinc and copper by Dr. Julie Howard, CEO of The Howard Clark Corporation and founder/director of Youth Essential Solutions, Head Out Rehabilitation Camp, and Texas Preparatory Academy.

In her studies, Dr. Howard found:

“…many children and young adults with ADHD/ADD are deficient in zinc. Zinc is found in the brain’s hippocampus and interacts with other chemicals to send messages to the sensory brain center, enhancing memory and thinking skills. It has a significant effect on visual memory, learning, emotional and behavioral state and overall cognitive function. A deficiency may result in learning impairments, poor memory and emotional and behavioral problems.”

“A study carried out on 135 males aged between 3 and 20 with a history of aggressive behavior found that many of the subjects were likely to have high levels of copper and low levels of zinc compared with non-aggressive people. Zinc and copper compete for absorption. Because of this inverse relationship, zinc supplements can be effective for lowering copper levels. Proper mineral balance is essential for the production of chemical signals in the brain that influence behavior. Both copper and zinc tend to be concentrated in the hippocampus of the brain, which is the area known to be associated with stress response.”

This essential relationship between zinc, copper and how they affect each other, in addition to how they interact with your biological processes, and govern your emotional behaviors makes it more important than ever to pay attention to how much copper and zinc you are getting.

How to Determine Your Copper and Zinc Levels

Quite simply, blood, urine, feces and hair testing are used to detect copper imbalances in the body. In addition, liver biopsies are also used on rare occasions. Once assessed properly, a multitude of methods can be instated to treat the toxicity or deficiency problem.

With doctor’s guidance, you may need to use zinc or copper supplements and also change your diet as well. Depending on whether a deficiency or a toxicity exists, vegetarian diets and high-copper foods such as nuts, seeds, and avocado may need to be limited. In addition, healthy animal protein should be consumed daily in addition to some whole grain rice and corn.

Also, the addition of a good multivitamin can reduce the risk of free copper in the body that can lead to oxidative stress.

Your health condition will be the basis to best prescribe natural products in unison with a monitored diet, doctor-assisted testing and observation in addition to carefully monitored emotional and environmental circumstances which may be the answer to helping you avoid a life of harmful over medicating.

The importance of seeking alternative solutions to prescription treatments has never been more at issue than ever. Even one of the most powerful collaborations of doctors, scientists and therapists in North America, The National Collaborating Centre for Mental Health, has warned:

“…professionals, parents/caretakers, and children and adults with ADHD have objections and ethical concerns about the use of medication (Perring, 1997). The reasons are varied and include a general unhappiness about using any type of psychotropic medication …concerns about possible side effects and long-term harms, concerns that medication may take away individual responsibility for problems, and an unease that the focus of treatment should be solely on the child [or adult] instead of the interface between them and the social and educational systems of which they are a part.”

Sound reason from a sound source — and with your happiness and health at stake, perhaps it’s time for you to opt for a solution that is safe, natural and as simple as eating the right foods to balance out your natural nutrient levels. After all, America deserves to be a nation full of healthy, drug-free individuals, don’t you think?

World Health Organization “Copper in Drinking-water: Background document for development of WHO Guidelines for Drinking-water Quality”.

← How safe is your indoor swimming pool?
Mystery Stains in Salt Generator Pools. →