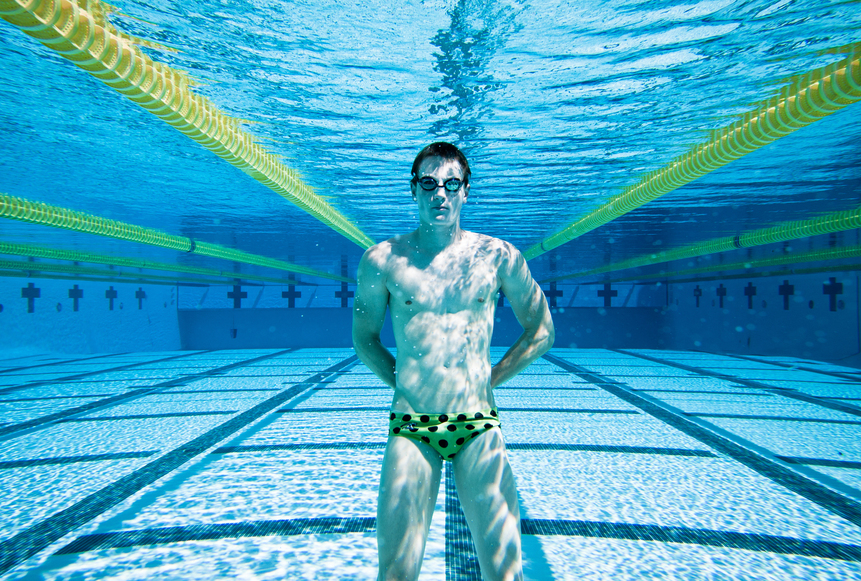 Chlorine, Swimming Pools, and Breathing Problems – Even athletes with no history of ailment show signs of breathing trouble after swimming in chlorinated water. Chlorine in pools leads to breathing trouble in trained swimmers, regardless of past history of such problems, and the likelihood increases with the amount of chlorine used in the water. A study presented today at the 51st Annual Meeting of the American College of Sports Medicine (ACSM) showed an incidence rate of over 60 percent for Exercise Induced Bronchoconstriction (EIB) after several minutes of swimming in water chlorinated at a concentration commonly found in home and public pools.

Trained swimmers participated in the study by testing the capacity of their lungs after swimming in pools with different levels of chlorine and also by running and cycling next to the pools. Exercise intensity and duration remained the same for each test. Researchers then used a machine to test airflow during forced exhaling to diagnose bronchoconstriction. When the chlorine concentration was 0.5 parts-per-million (PPM) or less, the incidence rate for respiratory trouble was just under 20 percent the same as with exercise outside the pool. But when the chlorine concentration reached 1.0 PPM, a concentration commonly recommended for the care of home pools, the rate of EIB jumped to over 60 percent, regardless of prior history of such breathing problems.

“We’ve long suspected that chlorine has an adverse effect on the respiratory health of swimmers,” said lead researcher Arthur J. Williams, M.D., of the Sport Science Institute of South Africa. “Now we know the likelihood increases significantly with the concentration of chlorine used. Swimmers should be aware of the concentration of chlorine exposure they receive, and those who care for pools should closely monitor chlorine levels.”

The researchers add that caution is especially necessary since swimming is often prescribed as an effective exercise for asthmatics. They reason that it is more important that these swimmers utilize pools where the chlorine concentration of the water is kept below 0.5 PPM. They point out that recommended chlorine level for disinfecting private pools can be as high as 2.0 PPM.

“This research is the first to investigate how increases in chlorine concentrations in swimming pools can enhance respiratory problems,” said Williams. “We hope people who appreciate swimming as a quality form of exercise will continue to reap its enormous physical benefits, but also be more aware of the potential hazards. We believe these hazards can be minimized through awareness and proper pool maintenance.”

The American College of Sports Medicine is the largest sports medicine and exercise science organization in the world. In 2004, ACSM celebrates 50 years of leadership and scientific contribution. The College was founded in 1954 by a small but dedicated group of 11 professionals interested in the study of physical activity and sports. Today, more than 20,000 International, National, and Regional members carry on the Founders’ goals of advancing and integrating scientific research to provide educational and practical applications of exercise science and sports medicine.

NOTE: The conclusions outlined in this news release are those of the researchers only, and should not be construed as an official statement of the American College of Sports Medicine.