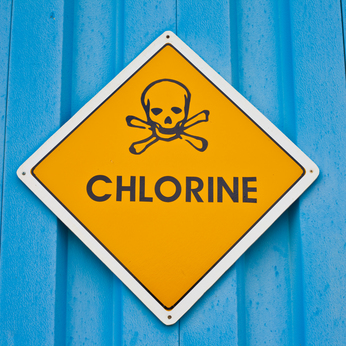 Summary
The current study evaluated whether the chemicals in chlorinated pools induced genetic changes in swimmers. The results showed that a chemical called trihalomethane was found in high concentrations in the exhaled breath of the swimmers. However, after swimming, blood tests showed no genetic changes of DNA damage due to these chemicals. After swimming, the urine was found to be filled with chemicals that were seen to cause mutations in specific tests. The authors conclude that “the positive health effects gained by swimming could be increased by reducing the potential health risks of pool water.”

Introduction
Swimming has both recreational and health benefits and is favored by many people. However, studies have shown that those who are exposed to the chemicals used to clean water, both drinking water and the water in swimming pools, are at a higher cancer risk. It is also believed that the leftover by-products of the chemicals in the water expose swimmers to the same risk. Among people who regularly use swimming pools, the risk of cancer of the urinary bladder is significant. Chlorination is a method of purifying drinking water as well as water in the swimming pools. The addition of chlorine to water leads to formation of many by-products, though most of them are said to be in small negligible amounts. While swimming, a chemical by-product called trihalomethane is taken in via the mouth or it is inhaled. It may also be absorbed through the skin by the swimmers. This study evaluated whether the chemicals in the swimming pools induced genetic changes and toxicities in the swimmers.

Shortcomings
At the end of the research study, the authors agree that this was a small-scale study and genetic toxicity of the chemicals could therefore not be predicted with certainty. They suggest larger studies with more number of participants to exclude factors that could have affected the reality of the results of this study.

Conclusion
This study revealed that when exposed to swimming pools that are chlorinated for cleaning, people are indeed at a higher risk of genetic toxicity. It shows that chlorination of swimming pools leads to increased concentrations of certain chemicals that show up in the analyzed breath of the swimmers. Notable among the chemicals are the four types of trihalomethanes found in the exhaled breath of the swimmers. Blood tests revealed that there were cellular changes after swimming, but the toxicity was not observed in terms of DNA damage. When testing for the potential of these chemicals present in urine to cause genetic mutations, it was noted that they had the capacity to induce mutations. Of all the trihalomethanes, the ones that had bromine in them were found to be the most toxic. Further larger studies are likely to prove that positive health effects gained by swimming could be increased by reducing the potential health risks of pool water.