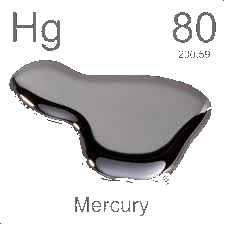 (After 47 years of putting Mercury in Chlorine, did someone just realize that Mercury is bad for you?)

Missouri-based Olin Corp. (NYSE: OLN) has completed its multi-year plan to phase out chlorine production and the use of mercury at its Augusta plant, reports The Augusta Chronicle.

The company’s third-quarter earnings report shows that all chlorine processes ended Sept. 30 and that the plant is being reconfigured for other uses, including distribution of caustic soda and manufacture of bleach.

Olin’s board voted in 2010 to eliminate the use of mercury cell technology to produce chlorine. The process had been used at the factory for 47 years.

According to the company’s third quarter earnings report filed with the U.S. Securities & Exchange Commission, all chlorine processes ended Sept. 30 and the plant is being reconfigured for other purposes, including the distribution of caustic soda and manufacture of bleach.

The transition began after a December 2010 vote by Olin’s board to eliminate the now-controversial use of mercury cell technology to manufacture chlorine – a process that had been used in Augusta since the factory on Doug Barnard Parkway opened 47 years ago.

The company will continue to make chlorine in its Charleston, Tenn., plant, which has been converted to a more modern, and mercury-free, “membrane cell” technology.

According to the earnings statement, the first of the two new membrane cell rooms at the Charleston site began operations during the third quarter, with the second and final membrane cell room to be completed by the end of the year.

Although the use of mercury in chlorine manufacturing has ended in Augusta and other sites, the impact of its use could linger for decades.

The U.S. Department of Energy continues to evaluate options for a planned “national mercury repository” that would store 7,500 to 10,000 metric tons of mercury from nongovernmental sources – such as chlor alkali plants and mining facilities – in addition to large amounts of mercury already stored in government facilities.

Such a disposal site would help comply with a 2008 law known as the Mercury Export Ban, which prevents companies from shipping waste mercury to other countries, where it might eventually create new environmental hazards.

Savannah River Site was examined as one of seven possible sites for such a repository, but the DOE’s preferred choice is a private facility operated by Waste Control Specialists in west Texas.

The Augusta Olin plant, which once employed about 100 workers, will operate with just 21 in the future.