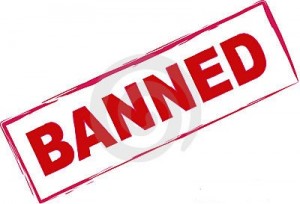 Salt Water Pools Banned – It’s no secret that swimming pool salt water cells are dangerous to humans and pets but they are also dangerous to the environment. Some municipalities are taking a proactive approach to saving the the environment by banning salt water chlorinators for swimming pools. An ordinance was enacted in the Santa Clarita Valley making it illegal for swimming pools connected to the sewer system to be converted to saltwater pools. The ordinance also made it illegal for both new and existing saltwater pools to be connected to the sewer system.

Salinity is the build-up of salt in soil and water. It occurs naturally but in many parts of Australia, human activities such as irrigation have accelerated the process. Farms, irrigation areas, wetlands, rivers, drinking water and infrastructure are all affected.

Across Australia, 80 wetlands are already suffering the effects of salinity. The number is predicted to rise to 130 by the year 2050. The build-up of salts puts many species of plants and animals at risk, and will eventually reduce biodiversity in the affected regions.

Drinking water supplies, particularly in South Australia and New South Wales, are also under threat from salinity. For example, Adelaide’s drinking water is predicted to exceed World Health Organization guidelines for salinity on two days out of five by the year 2020 if nothing is done to control salinity in the River Murray.

Salinity also increases the cost of treating water for drinking, reduces the availability of water for irrigation, and renders farmland useless, costing the economy millions each year.

The Federal Government launched the $1.4 billion National Action Plan on Salinity and Water Quality. The plan takes a regional approach and is backed up by advances in salinity mapping and cropping systems. There are also strategies in place to deal with salinity in individual river systems and catchments. However, it will take years for improvements in water quality to be measured.

OF OR CONVERSION TO A SEWER-CONNECTED

The Board of Directors of the Santa Clarita Valley Sanitation District of Los Angeles County ordains as follows:

This Ordinance is enacted pursuant to authority contained in the County Sanitation District Act, California Health and Safety Code Sections 400 et seq, and Sections 54725 through 54740 of the California Government Code.

The following definitions shall apply to the terms used in this Ordinance:

(b)   “Person” includes any person, firm, association, organization, partnership, business, trust, corporation, company, district, county, city and county, city, town,  the state, the federal government and any of the agencies and political subdivisions of such entities.

(d)   “Salt water swimming pool” means any swimming pool designated or converted to be operated in a saline environment, such that chloride salts are added in sufficient quantity providing for a chloride concentration greater than 2,000 mg/l (milligrams per liter) and that such pool discharge directly or indirectly into a community sewer system that is tributary to the sewer system owned and operated by the District.

(a)   The state legislature has found and declared that pollution prevention should be the first step in a hierarchy for reducing pollution and managing wastes, and to achieve environmental stewardship for society.

(b)   The District is not in compliance with waste discharge requirements issues by the Regional Board pursuant to Chapter 5.5 (commencing with Section I3370) of Division 7 of the Water Code.

(c)    Limiting the availability, or prohibiting the installation, of certain salt water swimming pools is necessary to achieve compliance with waste discharge requirements issued by the Regional Board.

(d)   The District has adopted and is enforcing regulatory requirements that limit the volumes and the concentrations of saline discharges from nonresidential sources in the community waste disposal system to the extent technologically and economically feasible.

A violation of this Ordinance, is a misdemeanor punishable by a fine not to exceed $1,000, imprisonment not to exceed thirty days, or both.

This ordinance shall become effective thirty days from the date of final passage and shall be prospective in nature.

← An Introduction to Ions: Understanding the latest sanitation technology takes a little knowledge of atoms and electrical charges.
How to Fix Chlorine Damaged Hair. →