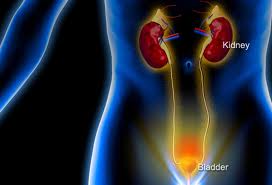 Open water bodies such as ponds and swimming pools have always been suspected of contamination. Rain, waste water and microorganisms growing deep inside these reservoirs are the factors that increase the risks of disease in the users. Health organizations often criticize swimming pools in public facilities and water parks for their inadequate maintenance, which pose huge risks to the health of people. Therefore providers assure that their swimming pools are regularly treated with chemicals. Chlorine is the most reliable chemical used for swimming pool sanitization.

Recent studies have revealed some astonishing facts about chlorine treated water. Sodium hypochlorite and similar chlorine compounds are dangerous for humans. These chemicals react with organic material (such as human body) to form toxic substances that can develop a number of diseases in humans. Researchers have found substantial evidence in the favor of this theory. The most common diseases incurred from chlorinated water include respiratory defects, eye and skin infections, gastrointestinal defects, neurological dysfunctions and injuries of the kidney and liver.

Asthmatic patients are the most susceptible to chlorine water as it causes emission of Ammonia gas, resulting in suffocation and respiratory toxicity. Many kidney infection cases have been attributed to the excessive use of or exposure to chlorine, swimming pools being one of the important sources. According to research conducted by the Center for Disease Control and Prevention (CDC), 2% of the total victims of chlorinated water suffered from liver and kidney infections. Although, these defects are not as prevalent as respiratory defects, the cases themselves are severe in nature. Excessive exposure to chlorine compounds increases the likelihood of developing kidney and liver cancers.

Risks of renal cancer due to chlorinated water were highlighted by the researchers at the Harvard University School of Public Health in the early 1990s. A report published in 1993 estimated that these disinfectants are causing at least about 10,700 cases of kidney cancers every year. This was indeed a huge figure and it was estimated that the number of cases will rise continuously, if adequate measures are not taken.

After this groundbreaking research, a range of researches followed and bans were observed on chlorinated water by public health organizations. To analyze the scope of damage, the National Institute of Environmental Health Sciences tested trihalomethanes on rats. This chemical compound, which formed an important unit of water disinfectants, was mixed in their food. A large number of rats developed colorectal and renal cancer while others developed kidney and liver infections from the toxic food. 1

Subsequent research corroborated the fact that chlorinated water causes potential health risks to people. In the light of this research, it is important that people stay away from chemicals such as trihalomethanes and avoid their use for the sanitization of water. It should not be inferred that there is no need for swimming pool maintenance. Bio sanitizers are commercially available and they provide a healthy solution to water treatment. These sanitizers are free from toxic chemicals and can be used for the treatment and maintenance of any open water body.