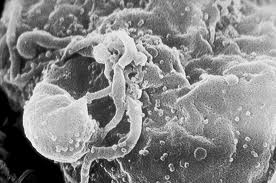 Tuesday, October 18, 2005 – FreeMarketNews.com by staff reports:In a groundbreaking study, the Journal of Nanotechnology has published a study that found silver nanoparticles kills HIV-1 and is likely to kill virtually any other virus. The study, which was conducted by the University of Texas and Mexico University, is the first medical study to ever explore the benefits of silver nanoparticles, according to Physorg.During the study, researchers used three different methods of limiting the size of the silver nanoparticles by using capping agents. The capping agents were foamy carbon, poly (PVP), and bovine serum albumin (BSA). The particles ranged in size from 1 to 10 nanometers depending on the method of capping. After incubating the HIV-1 virus at 37 C, the silver particles killed 100% of the virus within 3 hours for all three methods. The scientists believe that the silver particles bonded through glycoprotein knobs on the virus with spacing of about 22 nanometers in length.While further research is needed, researchers are optimistic that nanological silver may be the silver bullet to kill viruses.

The researchers in the study said that they had already begin experiments using silver nanoparticles (Colloidal Silver) to kill what is known as the super bug MRSA (Methicillin resistant staphylococcus aureus). Already used as a topical antibiotic in the medical industry, silver may now come under consideration as an alternative to drugs when it comes to fighting previously untreatable viruses such as the Tamiflu resistant avian flu.