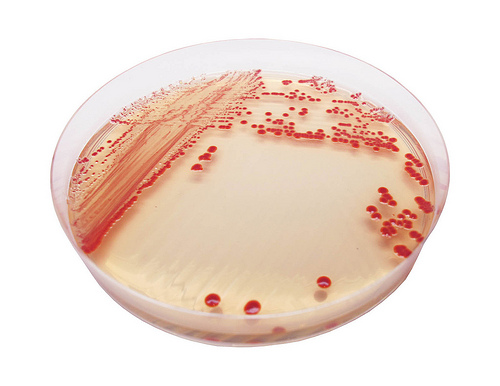 Acinetobacters are environmental organisms that are widespread both in and outside healthcare premises. The main species associated with human infection is Acinetobacter baumannii. In general, patients are more likely to be colonised rather than infected with A. baumannii. Susceptible patients are usually immunosuppressed or seriously ill due to other causes. Acinetobacters can occasionally cause infection in hospital patients- especially those who are already very ill, such as intensive care unit patients. It should be noted that the number of patients with serious bloodstream infections due to A. baumannii is much lower than Staphylococcus aureus (MRSA). In the UK, the A. baumannii organism is not often a cause of death, but may complicate therapy. There have also been recent reports of more virulent strains circulating in France. The Health Protection Agency is planning to review the situation in English acute NHS Trusts early in 2004 and is also preparing interim guidance on the control of the multi-resistant acinetobacter (see Health Protection Agency report).

Frequently Asked Questions about Acinetobacters:
What are acinetobacters?
Small gram negative cocco-bacilli- environmental organisms that were formerly classified with the Neisseriacae. A. baumannii is widely prevalent in static water. It is frequently found in the hospital environment and easily cultured from fomites and other equipment, particularly in an outbreak situation.

What causes the spread of these organisms?

Healthcare associated infections can be caused by a variety of pathogenic micro-organisms. Unfortunately, most of these infections are not preventable and there are many contributory factors. In particular, advances in medical treatments that have improved survival rates can at the same time leave patients more vulnerable to infection.

Acinetobacters are organisms of low virulence. Most commonly, they are found colonising the skin, respiratory tract and urine of patients. Those who are most susceptible are: immunosuppressed; in intensive care and similar high-density environments; and/or on broad spectrum antibiotics, particularly those with little activity against A. baumannii. Acinetobacters are occasionally invasive, causing wound infections, nosocomial pneumonia and urinary infection. They can cause infections in hospital patients, especially those who are already very ill, such as patients in intensive care units. The number of patients with serious bloodstream infections due to acinetobacter is much lower than those caused by MRSA. However, antibiotic resistant forms of A. baumannii occur and can be difficult to treat. It is important to distinguish colonisation from infection to avoid the unnecessary use of antibiotics, which may make the clinical situation worse.

Is this a superbug?

Not really. Acinetobacters have been around in clinical practice for a long time. As stressed above, they are frequent colonisers and common contaminants of the environment. They have always been fairly antibiotic-resistant. Increased susceptibility of patients – e.g. those undergoing treatment for cancer or leukaemia- has increased the prevalence of colonisation.

So are they a problem?

A. baumannii is intrinsically resistant to most commonly available antibiotics, hence it is able to survive in the hospital environment, and also to colonise susceptible patients on broad spectrum antibiotics. Strains that cause infection are liable to be more resistant than colonising strains. Injudicious use of antibiotics, particularly fluoroquinolones (e.g. ciprofloxacin) or carbapenems (e.g. imipenem) leads to the emergence of more resistant forms of colonising strains.Occasional strains are resistant to ALL antibiotics currently available, including second-line aminoglycosides, such as amikacin, and extended spectrum cephalosporins. Recommended therapy is- when possible and prudent- to withhold antibiotics and allow the patient to recover. Acinetobacter baumannii, the hospital opportunist from http://www.innovations-report.com/html/reports/life_sciences/report-24693.html Acinetobacter baumannii is an opportunistic pathogen operating in hospitals creating serious infections such as pneumonia. It principally affects patients who have weakened health and this is why we call it opportunistic. Moreover, the mortality rate from these infections are usually high given, on the one hand, the weakness of the patient and, on the other, A. baumannii is resistant to many antibiotics. Furthermore, once a specific course of treatment is prescribed for A. Baumannii, the pathogen has a great capacity for acquiring resistance to these antibiotics.To tackle this problem it is essential to observe, in an ongoing manner, the new resistances the bacteria develops, in order to know what kind of antibiotic has to be used to treat patients. In order to carry out these analyses, the gene for the new acquired resistance has to be identified and isolated and also the presence or otherwise of integrons has to be determined.

This mobility allows them to pass from one strain of the bacteria to another. This means that all the resistances acquired by a strain of A. baumannii can be transmitted to another and the species can thus modify and regenerate itself continuously. Moreover, as it has a promotoros, the bacteria is always activating or expressing all the resistances held in the integron.

If this is confirmed, the mortality rate due to infections created by the bacteria may even be greater than thought to date, given that there is no antibiotic capable of tackling the infection. It should be taken into account that the number of hospital patients affected by infections caused by A. baumannii is not great, but the gravity of the problem lies in the rate of mortality of these cases.

There currently exist methods to genetically distinguish A. baumannii strains from each other, but the aim at the moment is to obtain a method of indicating the presence of integrons and their resistance in these strains. Of course, this method of detection has to be standardised and, at the same time, practical, for its clinical use.

That is to say, the option of the researchers has been to try to improve control with respect to A. baumannii given that there is currently no substitutes for the antibiotics used to date. In order to achieve this improved control, it is essential to detect the infection in time and know if A. baumannii has produced it. The resistances of the strains must also be known and if they have integrons. Once this detailed information is gathered, new systems for the control of infections can be introduced in order keep down the rate of mortality due to A. baumannii. They may respond to Colloidal Silver and Colloidal Copper.

New Scientist vol 169 issue 2284 – 31 March 2001, page 18
HARDENED arteries and heart attacks may be the price we pay for fighting infection. Researchers in Austria have shown that a wide variety of microbes can trigger an autoimmune reaction against the cells lining our arteries. Cardiovascular disease is the biggest killer in Western countries. As we age, our arteries often become clogged up with fatty deposits called plaques. This narrows the artery, leading to strokes or heart attacks. It was thought that atherosclerosis— furring of the arteries—was simply caused by high cholesterol, or damage to the arteries. More recently, it has emerged that the disease begins when the artery walls become inflamed. This could be caused by an infection, raising the intriguing possibility that you can “catch” heart disease (New Scientist, 23 October 1999, p 11). But now it seems that rather than a single pathogen being responsible, a whole host of bugs may be involved. This month, Stephen Epstein of Washington Hospital Center in Washington DC told a meeting of the European Atherosclerosis Society in Geneva that the more chronic infections you have, including the viruses hepatitis A, herpes and cytomegalovirus, and the bacteria Chlamydia and Helicobacter, the more likely you are to have atherosclerosis. And Edward Abinader of the Technion in Haifa, Israel, reported that heart attack patients have often just had sore throats. Epstein suspects the pathogens boost levels of the immune chemicals that cause inflammation, making arterial walls vulnerable to plaque. Georg Wick of the University of Innsbruck in Austria goes further. He thinks the pathogens’ “heat shock proteins” trigger an autoimmune reaction to human heat shock proteins. Heat shock proteins, or HSPs, protect enzymes from damaging stresses, and are similar in viruses, bacteria and humans. Stresses such as high blood pressure, smoking and increased cholesterol levels trigger the production of HSPs in cells in artery walls. When this happens, our immune reaction against pathogens’ HSPs makes us attack our own arteries, says Wick. The effect increases as damage from arterial stress and immune reactions accumulates with age.He has shown that immunising rabbits with bacterial HSP produces plaques, while suppressing inflammation prevents this. Plaques have also been found to contain immune cells that target HSP. And a long-term study in Italy has shown that people with more antibodies to HSP have more atherosclerosis and heart attacks. Both Wick’s and Epstein’s theories suggest atherosclerosis will be hard to prevent. Six trials are under way to see if treating Chlamydia infection prevents atherosclerosis. But if a whole host of bugs are involved in the disease, this approach seem destined to fail. “Maybe someday a specific anti-inflammatory treatment will be possible,” Epstein says. “But we can’t block all inflammation because we need it to fight infections, and we can’t stop all these infections.”“This is the downside of our ability to fight infections when we are young,” he adds. “Evolution doesn’t care if we live so long [our immune system] starts attacking our arteries as well.”

NEW SCIENTIST NEWS SERVICE:   “Microbial Multicellularity: Many species of bacteria live in a social, coordinated fashion, and they’ll even die to keep it that way”  at http://www.the-scientist.com/yr2003/dec/feature_031201.html “Undercooked Turkeys can Harbour Superbugs (Campylobacter and Salmonella) at  http://www.newscientist.com/article.ns?id=dn6820
“Strep Strains Becoming More Resistant to Drugs” at: http://www.washingtonpost.com/wp-dyn/articles/A2553-2003Mar9.html