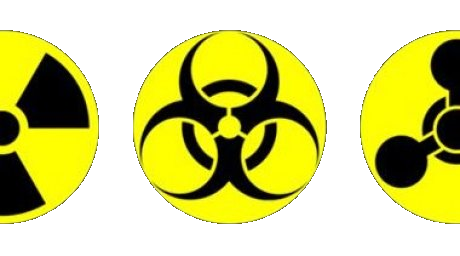 Pool, spa and hot tub professionals work with chemicals on a regular basis. Some of these chemicals may be of interest to people intent on creating destructive weapons. The FBI has prepared the following tips for The Association of Pool & Spa Professionals (APSP) members who may have concerns.

Terrorists are aware that commercially available chemicals can be used to make explosives or toxic devices. Several of these chemicals are used in large quantities in the pool and spa industry, specifically hydrogen peroxide and chlorine. When an incident occurs that raises questions in the Pool and Spa Professional’s mind about the intent of the individual asking questions about or attempting to purchase either of these chemicals, it is imperative that the information be passed to law enforcement.

Hydrogen Peroxide:
Hydrogen peroxide is used in the pool and spa industry usually in conjunction with other disinfectants to improve that disinfectant. When mixed with other commercially available products such as acetone, camping fuel tablets and an acid (battery acid, muriatic acid), even small quantities of hydrogen peroxide will form one of several potent explosives, depending on the recipe. These recipes can be found in anarchist literature, on the Internet and in terrorist training manuals.

Chlorine:
Chlorine was one of the first chemical warfare agents, utilized during World War I to kill and injure thousands of troops on both sides of the conflict. Today it is a common chemical used in many industries, including the pool and spa industry where it is used to keep water clean of bacteria and other organisms that can pose health risks. The products used for water treatment are in a form or can be converted into a form that can be used to cause harm.

What to do with information on suspicious incidents/ people:
When a Pool and Spa Professional has information regarding an individual or incident he/she feels is suspicious, that information needs to get to law enforcement. There are several ways to convey the information:

Joint Terrorism Task Force (JTTF)
The JTTF is a collaboration between Federal, State, local, tribal and territorial law enforcement. The JTTF is hosted by the FBI and all members share information and conduct joint investigations into suspected terrorist activity. All information on suspicious individuals or incidents passed to the JTTF is investigated.

Weapons of Mass Destruction Coordinator
Each FBI Field Office has a WMD Coordinator and it is his/ her job to be the subject matter expert on issues involving chemical, biological, nuclear and radiological threats and countermeasures. Often the WMD Coordinator is a member of the JTTF.

Local Law Enforcement (calling 911 or a non emergency number)
Most local law enforcement agencies are represented on the JTTF. It is prudent to call 911 when an individual or incident raises concerns and the Pool and Spa Professional believes there is an imminent threat. In the absence of an imminent threat, contacting the local law enforcement through a non-emergency line and reporting the individual or incident is appropriate.

Materials you can download that can help you identify hazardous chemical that can be used for illicit or terrorist purposes:

← Go Chemless Info About The Long Term Effects of Chlorine on Swimmers.
GA plant stops use of mercury, production of chlorine. →