Chlorine is still the most popular means of sanitizing swimming pool water. It does an excellent job sanitizing water, but it does so at a huge price.

Chlorine is a very caustic, corrosive chemical. It is effective because it attacks anything organic. Unfortunately, it also attacks the skin, hair, and eyes of the humans swimming in it.

Chlorine is toxic and hazardous to handle, ingest or breathe. It is also dangerous to store. Chlorine can be extremely flammable.

Chloramines, a by-product of chlorine and organic waste, are known carcinogens. Unfortunately there is no practical way of preventing chloramines from forming in chlorinated swimming pools.

“We are quite convinced, based on this study, that there is an association between cancer and chlorinated water.” By Medical College Of Wisconsin research team.

The addition of chlorine to our drinking water began in the late 1800s and became the standard in water treatment by 1904. For the most part, it remains the standard today. We do not use chlorine because it is the safest or even the most effective means of disinfection, we use it because it is the cheapest. In spite of all our technological advances, we essentially still pour bleach in our water before we drink it. The long-term effects of chlorinated drinking water are just now being recognized.

According to the U.S. Council Of Environmental Quality, “Cancer risk among people drinking chlorinated water is 93% higher than among those whose water does not contain chlorine.”

Dr. Joseph Price wrote a highly controversial book in the late sixties titled Coronaries/ Cholesterol/ Chlorine and concluded, “ Nothing can negate the incontrovertible fact, the basic cause of therosclerosis and resulting entities such as heart attacks and stroke, is chlorine.” Dr. Price later headed up a study using chickens as test subjects, in which two groups of several hundred birds were observed throughout their span to maturity. One group was given water with chlorine and the other water without chlorine. The group raised with chlorine, when autopsied, showed some level of heart or circulatory disease in every specimen; the group without had no incidence of disease. The group with chlorine, under winter conditions, showed outward signs of poor circulation: shivering drooped feathers and a reduced level of activity. The group without chlorine grew faster and larger and displayed vigorous health. This study was well received in the poultry industry and is still used as a reference today. As a result, most large poultry producers now use dechlorinated water. “It would be a common sense conclusion that if regular chlorinated tap water is not good enough for the chickens, then it probably is not good enough for us humans!”

A good amount of well-founded concern about chlorine currently exists. When chlorine is added to our water, it combines with other natural compounds to form Trihalomethanes (chlorination byproducts), or THMs. These chlorine byproducts trigger the production of free radicals in the body, causing cell damage, and are highly carcinogenic. According to the Environmental Defense Fund, “Although concentrations of these carcinogens (THMs) are low, it is precisely these low levels that cancer scientists believe are responsible for the majority of human cancers in the United States.”

When we consume water containing chlorine, it kills some part of us, destroying cells and tissue inside our body. Dr. Robert Carlson, a highly respected University of Minnesota researcher whose work is sponsored by the Federal Environmental Protection Agency, sums the dilemma by claiming, “the chlorine problem is similar to that of air pollution.” He later adds, “Chlorine is the greatest crippler and killer of modern times!” 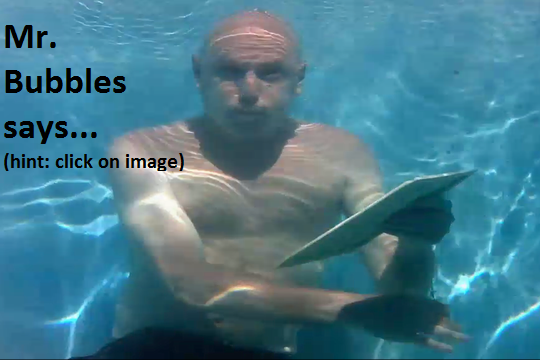