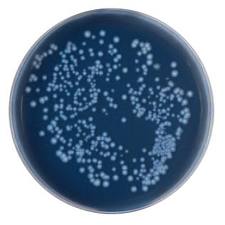 Legionnaires’ disease is a type of pneumonia that is caused by Legionella, a bacterium found primarily in warm water environments. Both the disease and the bacterium were discovered following an outbreak traced to a 1976 American Legion convention in Philadelphia. Pontiac fever, a flu-like illness, is also caused by Legionella organisms (legionellae), but is not as serious as Legionnaires’ disease. Most people who get Pontiac fever recover within five days, without having to be hospitalized.

Legionnaires’ disease develops within 2 to 10 days after exposure to legionellae. Initial symptoms may include loss of energy, headache, nausea, aching muscles, high fever (often exceeding 104°F), and chest pains. Later, many bodily systems as well as the mind may be affected. The disease eventually will cause death if the body’s high fever and antibodies cannot defeat it. Victims who survive may suffer permanent physical or mental impairment. The plumbing system (via showers and faucets), whirlpool spas and bathtubs, and humidifiers present a potential risk of legionellae exposure in homes.

The Go Chemless Bio Sanitizer ionization system of water treatment eliminates all of the above. The process is approved under the Health & Safety Executive Approved Code of Practice and Guidance “The Control of Legionella Bacteria in Water Systems” document for the United Kingdom, is recognized in the “European Guidelines for Control and Prevention of Travel Associated Legionnaires’ Disease”, and is proven and accepted in many other countries including the USA. The system injects low levels of silver and copper ions into the water system (within EU and WHO limits for drinking water) to provide a residual disinfection that spreads through the whole system being treated.

Hospitals and Care Homes represent a higher Legionella risk to a group of patients or residents vulnerable through age, who are immuno-compromised, suffering post operative vulnerability or existing respiratory disorder when exposed to water droplets from showers, baths, toilets etc.  Of course, apparently healthy visitors and members of staff can be equally at risk from infection.

Historically cold water has been considered safe from the risk of Legionella if stored and distributed at below 20°C (68°F). This is rarely possible with roof top or attic tanks in the summer or with cold water pipes sharing ducts with hot water or steam distribution pipes. Hot water was always considered to be at greater risk of contamination particularly at temperatures in the range 40°C to 50°C (104°F to 122°F) and previous recommendations for treatment centered on raising the water temperature to 60°C (140°F) at the point of heating. This then increased the risk of scalding and brought about the installation of thermostatic mixer valves (with their attendant problems) to reduce the temperature again to 43°C (110°F).