Algae Chemistry – Not all Algae are Created Equal. 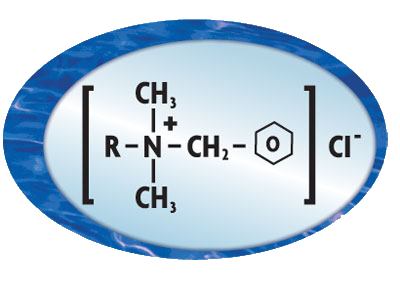 Algae Chemistry Not all algae are created equal — and a clearer understanding of their weaknesses can be helpful in choosing the right treatment.

Algae are microscopic aquatic plant-like organisms that do not have roots, stems and leaves like higher plants. However, they do require the same type of nutrients to grow, and they utilize sunlight to carry out photosynthesis.

While algae can be quite a nuisance in swimming pools, they are actually the most important photosynthesizing organisms on earth. They capture more of the sun’s energy and produce more oxygen (a biproduct of photosynthesis) than all other plants combined. In addition, many species of animals depend on algae as a food source.

Algae size can vary greatly — they can grow in a number of different habitats, endure a wide range of temperatures, and live everywhere from hot springs to deep within polar ice. Microscopic algae, called phytoplankton, are typically found in lakes and oceans. The largest forms of algae are seaweeds that can grow up to 300 feet and stretch from the bottom of the ocean to the surface of the water. Although most algae grow in water, they can also grow on soil, trees, under or inside porous rocks, and even on some animals.

Types of algae in swimming pools
Green algae are the most common, with more than 7,000 different species in existence. Approximately 10 percent of these are marine species (found in the ocean) with the remainder being found in lakes, rivers, ponds and swimming pools. Green algae are named for the chlorophyll (the molecule that captures light energy to carry out photosynthesis) in the cell which gives them their green color. Green algae can be free-floating or surface clinging, and can be found in all types of pools. They are typically the easiest to treat, however, some species may be more difficult to manage than others.

Mustard algae have been described as “adapted green algae.” Mustard algae also contain chlorophyll, but the green color is masked by the presence of beta-carotene. Carotenoids (such as beta-carotene) are found in many photosynthetic organisms. These compounds are responsible for color (like the orange color of carrots), which is why mustard algae are yellow rather than green.

Carotenoids are anti-oxidants (or reducing agents). They protect against damage cause by oxidation. Mustard algae can use these compounds as a defense mechanism to help them survive in a chlorinated environment. Because carotenoids protect against oxidation, chlorine (as an oxidizer) may have little effect on algae once this defense mechanism has been activated within the cells.

So-called “black algae” are actually not algae at all — they’re aquatic photosynthetic bacteria called cyanobacteria. They are single-celled but grow in large colonies. While black algae contain chlorophyll, they also have compounds called phycobilins, which mask the green color of chlorophyll. There are two types of phycobilins: phycocyanin, a blue pigment, which gives the cyanobacteria their name; and phycoerythrin, a red pigment, which exists in red or pink algae (often found around sinks or drains). Cyanobacteria are very important organisms that assist in the growth of many types of plants. They are one of very few organisms that can convert inert atmospheric nitrogen into a form that plants can use, such as ammonia or nitrate.

These bacteria can form a “sticky layer” on the outside of each cell, which protects them from the surrounding environment. The process of photosynthesis carried out by the bacteria depletes carbon dioxide in the surrounding water. A decrease in carbon dioxide concentration causes the precipitation of calcium carbonate in that area. So the calcium carbonate, along with any other sediment that may precipitate, becomes trapped within the sticky layer. The bacteria will then grow through and over the sediment as they continue to photosynthesize and grow. This process will occur over and over again, forming more layers and making the black algae more difficult to treat. Brushing is extremely important when treating black algae because that protective layer has to be broken in order for the sanitizer or algaecide to come in contact with the cyanobacteria.

Phosphate and algae growth
Phosphorous plays an important role in the photosynthesis and respiration of many different types of plant life. However, the optimum phosphorous requirement varies widely between algae species. Because there are more than 7,000 species of green algae, it would be difficult to predict the minimum phosphorous level required for a specific type of algae that may exist in a particular pool.

In addition, it has been determined that most algae have the ability to store phosphorous within their cells. This is known as “luxury phosphorous uptake,” and it means that algae can continue to grow even in a phosphorous-deficient environment. Without the presence of orthophosphate, many species of algae can convert other phosphorous-containing compounds into a usable form because of enzymes that exist at the cell surface (also known as phosphomonoesterases or phosphatases). This is just another defense mechanism that algae have to help them survive.

Algaecides
The growth of algae will be affected by the presence of sanitizer and/or algaecide. For example, hypochlorous acid will enter the cell wall of bacteria or algae and disrupt metabolic activity. With metabolic activity being disrupted, growth cannot continue, even in nutrient-rich surroundings. It is important to choose products for algae treatment or prevention that have been registered by the U.S. Environmental Protection Agency. EPA registration is a rigorous process that requires the submission of supporting data. Compounds that currently carry EPA registration for algae treatment include hypochlorous acid, hypobromous acid, ammonium chloride quats, polyquats, copper and silver.

Quaternary ammonium compounds (quats) are positively charged and are therefore attracted to the negative charge on the cell wall of the algae. The quat’s wetting agent properties as well as this charge attraction allow it to enter the cell wall which causes the cell wall to break. The structure of the quat makes a difference when it comes to the effectiveness of the product. Quaternary ammonium compounds have a “chain” of carbons on the molecule, and these carbon chains can vary in length. Through research and testing, it has been determined that biocidal activity peaks at a carbon chain length of 14.

Copper is effective at killing algae because it disrupts enzymatic activity within the cell. If the enzymes do not function properly, the organism cannot survive.

Preventing algae growth
Ultimately, proper maintenance is the key to keeping algae growth in check. The most important consideration is the presence of sanitizer — or even better, sanitizer and algaecide. Establish a maintenance system that includes maintaining appropriate sanitizer levels, routine oxidation and application of a preventative algaecide. Remember that algae treatments will be much less effective if the pool is unable to maintain a sanitizer residual.

But don’t forget the physical aspect involved in pool care too. Proper circulation and filtration, as well as routine brushing and vacuuming of the pool surface, are all very important. Because some algae have a protective outer coating, brushing will help break through that outer coating, allowing products to work more effectively.